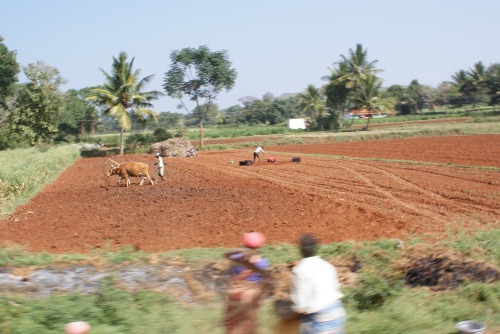 one of my favorite pictures from our India trip …

A great place for the most important day of your live

Every girl dreams of becoming a princess and on your most important day this dream may come true.

Take me, for example – two years ago my beautiful wife and I got married and we had the perfect location just around the corner. We live in the medieval town of Feldkirch and just next to the historic city center there is a small Castle located on a hill, where people can marry. We had decided to only have a small wedding, without too much hassle, and we still managed to turn it into something very special without too much organisational pain! This was possible because of the great team Schloss Amberg offers. They took care of all the things we were too busy to think of or we just wanted to have others to care for – we chose the food, they organized catering, we wanted music, they booked it and so on.

another view to Schloss Amberg

Garden – and our small classical band

What really impressed me, was the flexibility – we had a very small wedding, with about 35 guests – but we could have invited 300 guests and there would have been enough space. But still, we had the Castle for ourselves and we were not lost in a huge hall, but had the perfect room for our group. Moreover there is an official branch of the registrars office in the castle – therefore it is possible to marry there legally (which is not that easy in Austria).

They also offered us a lot of services that we did not need – like a limousine service, fireworks etc.

I believe many people, especially from overseas, dream of marrying in a castle – if you are looking for convenient service, a great location and good value for your money, you should consider Schloss Amberg.

An additional surplus is, that you are in one of the most beautiful areas of the world for your honeymoon already.

I want to introduce some hidden gems in Western Central Europe, the region I work and live in. I start with Ulm, a small city at the Danube river, in Baden-Württemberg, just across the border to Bavaria.

Visiting Germany it is important to not only see the bigger cities, but also to have a look at some hidden gems. Due to Germanys inglorious history, a lot of the medieval city centres were destroyed, especially in the bigger cities. Therefore small cities, with a long history, like Ulm are very precious.

With our company we want to make people aware of this hidden gems and to point them to interesting spots off the beaten path. Ulm is a great example for one of many Cities that are perfect for a wonderful day in Germany and which may not yet feature in your travel plans.

Yesterday evening there was a fascination discussion in Servus TV, which raised an interesing question. “Is tourism endangering the moutains and their natural beauty?” – this was not the main topic, but it was an interesting aspect.

Servus TV is an Austrian privately owned TV Channel, which is connected to Red Bull – they show amazing documentaries and their “Talk im Hangar 7” talkshow is one of the best in german speaking TV. Yesterday the main guest was Gerlinde Kaltenbrunner – she was the second woman to do all 14 8000+ Mountains, and the first do so without additional oxygen. After some talk about her expedition, there was a question raised – do all the tourists in the Himalaya destroy it´s natural beauty. A feature showed a pre-taped recording of Reinhold Messner, who said, that people who go to the Mount Everest on the main routes are not “Alpinists, but Tourists“, as they are walking on a prepared piste. Although he said, he does not want to condemn that, it was quite obvious, that he did not like this developments. Kurt Luger, head of Ecohimal, made a very interesting statement in the following discussion: Reinhold Messner is a tourist himself, when he is doing an expedition in Pakistan or Nepal.

I am not sure, if Messner agrees, but Mr. Luger has a point – how individual ever we travel, we are always travelers. We influence people, society and business just because we visit. If you are looking at the history of Tourism in the Alpes, it all began with British upper class people, who discovered the mountains as a place which was not really explored, and where adventures were possible. The local community in the Mountain valleys struggled to survive with small farms and never thought about climbing Mountains for fun. This all changed with these English pioneers – they wanted someone to help them, with their backpacks and luggage, they needed food and some places to sleep. From this point it all developed – Mountain Guiding got a profession and the natives Mountain Guides started to discover their mountains themselves. Hotels and Restaurants were developed – today most mountain valleys in Austria (and Switzerland) would be almost deserted without Tourism and its income opportunities.

At the moment something similar develops in the Himalayas. I believe we cannot prohibit that development, because some extreme Alpinists, want to be alone on “their mountains”. After all most of this extreme climbers do this as a profession – and with writing books and making films about this areas, they create a demand for it.

What is important for this regions, and what should be closely examined, is the way how to develop tourism. Mountain Tourism in the Alpes made a lot of good and a lot of bad decisions – this are valuable lessons to be learned from.

P.S.: Reinhold Messner himself bought a castle in his home region of Southern Tyrol (Italy) – today it can be visited by tourists … great place to visit – Schloss Juval. It shows artifacts from Tibet, Messners expedition material and is also very interesting for Architecture fans, as it has got a glass ceiling over some parts, to use it for events. Reinhold Messner lives there, part time, and it is part of the “Messner Mountain Museum” featuring the “Myth of the Mountains” exhibition.

Additionally there is the Messner Mountain Museum in Castle Sigmundskron – I have missed this so far, but it is on top of my list for my next visit to Southern Tyrol!

Some impressions from Schloss Juval. 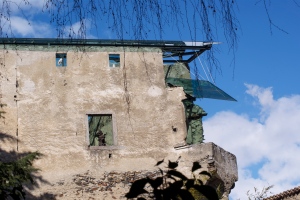 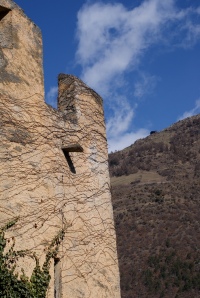 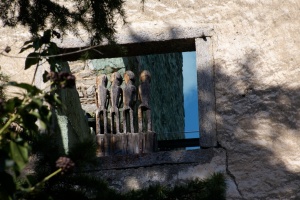 Filed under Talking about Tourism

Weather is clearing up and some perfect skiing days await us – but unfortunately I managed to fall down during my nightly run and now I am sitting in front of my computer with a ligament of strains at my ankle. Therefore I am ruled out of skiing for the next 10 days 😦

This is especially unfortunate, as a group of my friends will enjoy 4 beautiful days of skiing in Warth. Look at this live cams – and you can see what I will miss.

One of the interesting things about the Arlberg region is, that it is the only region in Austria, where you can do heli-skiing. This will be done on Friday, with a famous Ski-Guide: Hubert Strolz, former Olympic Champion (Calgary 1988).

On the other hand I am know free to do a lot of other stuff, for the setting up of my company, which would have had to wait otherwise.

After  a couple of years with only little snow, this year our skiing resorts have no reason to complain about the lack of supports from the clouds.

Zürs-Lech – one of Austrias most luxurious Skiing destinations is covered with up to 455 cm Snow – and while I am writing this posts skies opened again and there will be some more of it.

If you want to have a peak at the snow masses check out this link to the live cams in Zürs-Lech!

So just one short message to all fellow skiers: “Get your skis out and hit the Alpes!”

About me, this blog and the world

I am Gernot and you are reading my Blog! Welcome, and enjoy the ride:

I am a long time Tourism Expert who is currently setting up his own company – http://www.happyheartofeurope.com – together with a partner.

Our aim is it, to provide unique and special trips to Central Europe for people from overseas. Highest quality and adventures of the beaten path, shall make this holidays something special for our guests.

In this blog I intend to give some background information about our company, some comments on the world wide Tourism scene and a lot of stories about the region I live in and which I want our guests to discover. This stories are not based on my companies business, but on my personal experience.

Whoever reads this blog will quickly discover where my Interests are – as I am going to tell a lot about me. Just some small facts – I was born in 1977, studied in Innsbruck (Austria) and Loughborough (UK) Political Science and am married to a wonderful wife. I live in Feldkirch, a beautiful medieval town in Austria, right at the border to Switzerland and Liechtenstein. I have worked as a marketing manager for a Gaming Company and one of Austrias biggest Architecture company, before starting my tourism career as Destination Manager in the Brandnertal, Austria. My hobbies include Skiing, Mountain Biking, Hiking, Reading and, of course, Traveling. 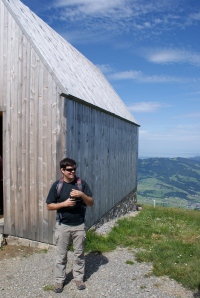 Although I studied Political Science I will not feature Politics to often – unless Politics is directly influencing my field of work.

I strongly encourage everyone reading, to participate – give me your feedback, ask your questions … I am happy to help and I can stand critic. Please do not use my blog to post advertisments. Talking about your company, your interests etc. is okay – but Spamming my website will not be accepted.

Tagged as about, blogging, happy heart of europe